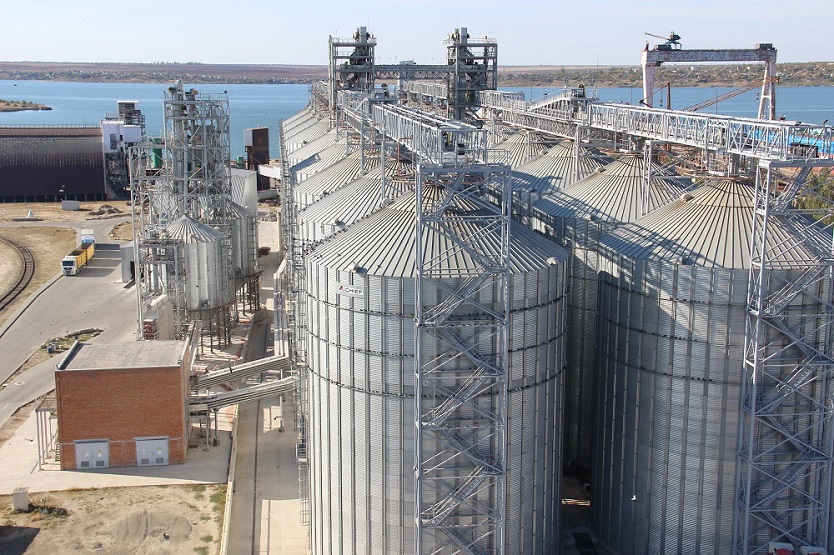 In January-November of 2017, Nika-Tera Sea Specialized Port (part of Group DF port business) processed 3.82 million tons of cargo, which is 10.3% more than the same period in 2016.

In the total volume of cargo turnover, the share of cereals and legumes amounts to 63%, bulk cargoes – 30%, mineral fertilizers – 5%. The remaining 2% of the turnover amounted to chips, phosphorites and coal.

According to Alim Agakishyev, the Chairman of the Nika-Tera port, the terminal remains one of the leaders in the region in terms of transshipment of leguminous crops, which, remain key cargo for the terminal.

“We continue to increase the transshipment of leguminous crops, which are regular cargo for us. The results of 11 months demonstrate this. On one hand, the resumption of the flow of large volumes of corn facilitated the growth of transshipment. The deliveries of this product were previously detained due to weather conditions and unformed prices in the market. On the other hand, we began to work more intensively with peas. We even used our covered warehouses to accumulate it”, Alim Agakishyyev commented.

The Chairman of the port also noted that for the last year new port operators appeared on the market, providing services for cargo transshipment, which in turn, toughened competition in the market. Exporters have become more demanding, and the market – more flexible. Therefore, in order to have competitive advantages compared to other ports in the region, Nika-Tera implements new investment projects, seeks free niches, and also tries to constantly improve the quality of services provided to customers.

In particular, only in 2017 several strategically important investment projects were implemented in the port, the largest of which was the launch of a new cargo area for transshipment of liquid bulk cargoes and the commissioning of a second grain shipment line that made it possible to simultaneously load three ships with grain.

In total, from the time the port had got the new owner – Group DF company of businessman Dmitry Firtash, over 1.5 billion hryvnias were invested in the enterprise.