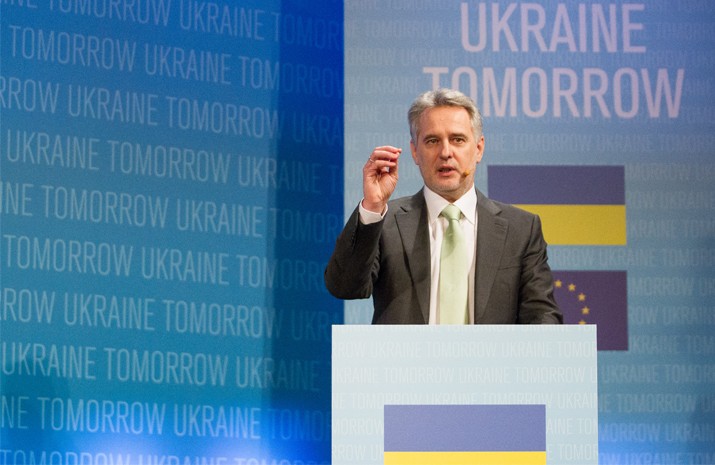 Mr. Firtash, welcome and thank you for talking to us. Let me start by asking about your opinion on the current situation in Ukraine – economic and political

I think the situation is very difficult. We’re facing extremely difficult challenges and we’ve wasted the opportunities we’ve had. We see clearly now that in the 23 years of independence in Ukraine we did not do what had to be done and we haven’t learned the lessons.

So the results that we’re seeing today. Firstly, the dire economic situation. Secondly, the results of the last presidential and parliamentary elections did not offer the expected solutions to the problems. The reforms are not implemented, there are no positive changes, and ultimately people are suffering, business is suffering, everyone’s suffering.

We have to change this situation, we have to right the wrongs of the last 23 years. We have to do a lot in the next 23 years, we have to draw plans and outline solutions. This is about constitutional reforms and economic reforms, and it’s a big task but it has to be done.

When you talk about wasted opportunities in the past and things that have to be done now, what concrete reforms do you have in mind?

I’m deeply convinced, and I don’t deny it, that Ukraine needs re-construction. It can be some form of federation, or a Polish system, or a German or Austrian system, but it should settle the issue once and for all. I am convinced that we should delegate more power to the regions. Otherwise there will be no reconstruction and no modernisation of the country. We shouldn’t debate or dwell too much on what we have today. We should discuss what needs to be done. We can all see what’s going on in the country now – it has virtually collapsed. We are, in fact, basically bankrupt. We can’t do anything, and the government sadly hasn’t implemented any reforms. And of course the most important thing now is for the war to end, at least I hope so.

There are a number of reforms already initiated and announced by the government. One of them is the reform of the energy sector. A lot is being said lately about the problem of gas supplies. Regarding this latest trend of deliveries of gas from Europe, is Ukraine relying on it too much?

Life teaches us that it’s important to be an expert in whatever you’re doing, and understand how things work. Unfortunately, our government has quite a superficial understanding of the whole process and cannot appreciate fully the results of their actions. They are not using all the tools at their disposal. They totally misuse and waste their strong points, allowing themselves to become weak, and also creating problems for Europe. Why? Because we keep saying that we can live without Russian gas at all, and this it totally not true.

I don’t believe those claims. And we see yet more scandals in the last few days – now we buy gas, now we don’t. We’re getting back to the situation we’ve been in before. I think that we have to behave realistically, otherwise we’ll have the worst-case scenario when, sooner or later, Russia will hook Europe on the idea of the South Stream or some other stream pipeline. Because they (Europeans) won’t want to become hostage to this constant stand-off. I think such behaviour is not right. 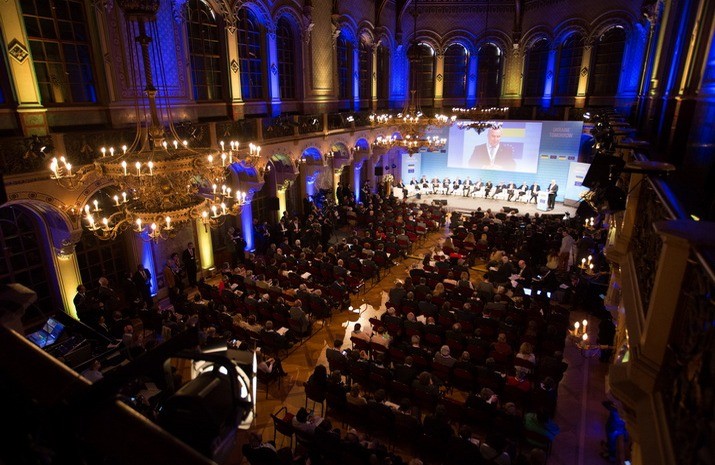 Is there any third option? Every time there’s mention of gas, what we hear is either Russia or Europe. Is there anyone else?

There is no third option, you know. Europe, Ukraine and Russia should sit down together and talk things through. Whether we like each other or not we should maintain dialogue. It was obvious, when Europe and Ukraine discussed their association, Russia’s interests shouldn’t have been ignored. It was important for Europe to talk to Russia, and Ukraine should have done the same.

So what we see today is that the political part of the association agreement is in place but the implementation of the economic part is delayed for a year or two, and only now have they started talking to Russia anyway. So what was all the fuss about? Let’s all sit down and talk about everyone’s problems and reservations – what Russia wants, what Ukraine wants, what Europe wants.

Let’s have a frank and open discussion. What we need is unity, one big common market. And it doesn’t really matter whether we build it from Lisbon to the Far East or from the Far East to Lisbon.

I want to ask you one more question about gas supplies. The Ukrainian economy minister was interviewed by euronews a few days ago in Kyiv, and among other things he was talking about dealing with Russia’s Gazprom. He said that there are no intermediaries any more and that Ukraine deals directly with the company. He also mentioned RosUkrEnergo, the company you controlled.

What would you say to the minister’s claims that dealings with Gazprom are much more straightforward and transparent now because the middleman has been eliminated?

Allow me to answer with a question of my own: what should happen when you cut out the middleman and everything is much more straightforward? Well, at least you should expect guaranteed deliveries and a clearly set price, right? And what have we got today?

Don’t get me wrong, I’m not exactly sure what the minister meant, I don’t want to criticise him, it wouldn’t be right. But I can tell you that when RosUkrEnergo was in place there was never an issue of any threat to the stability of gas supplies. Europe was getting its gas, the gas storage facilities in Ukraine were full and the price of gas for Ukraine was $179.

I don’t know what the economy minister was talking about but I would advise him to get his act together with the country’s budget for a start. I really don’t understand what he means, and I’m certainly not ashamed of anything. I never made any money (on gas) in Ukraine. I made money outside of Ukraine but invested it only in Ukraine.

I can’t not ask you about the investigation in the US. What stage is it at now?

First of all, you know I don’t give any comments on this matter – not because I don’t want to or am not prepared, but because my lawyers don’t allow me to. All I can say is that neither I nor my group have ever done anything illegal. I’m sure of it and we’ll prove it.

Secondly, I treat this case as a matter of political pressure because someone wanted to keep me out of Ukrainian politics, away from home, because those people knew my position and attitude to things, and they could anticipate my actions. I am against the war and I don’t hide it. I keep saying that what we need is a constitutional reform, that the three parties have to sit down and find solutions. That means that I have a clear position.

Let’s imagine for a moment that the case against you is closed and all charges are dropped. You are totally in the clear. Would you go back to Ukraine? Tomorrow or the day after?

I can tell you this – Ukraine is my home. If I wanted to live in any other country, I could have done it on my own choice and volition a thousand times. But I have never done that.

Do you have direct political ambitions? Do you see yourself in politics – right in the heart of it, not behind the scenes?

No, I have never been involved in politics. I’ve never had an ambition to become a politician or a government official. Firstly, I don’t even know how to do it. It’s not something close to my heart. I love doing what I like. I like business and that’s exactly what I’m doing.